Headlines are both deadly and powerful part of your marketing arsenal.

There are ways that an improper headline can destroy your credibility and your brand. There are also ways a killer headline can drive enormous amounts of traffic and have your marketing piece go viral.

Famous copywriters have said since the 1940’s, spend 50% of your time on your headline, and the other 50% on the rest of your copy. Let’s tune into what John Caples wrote in his book “How to Make Your Advertising Make Money” … 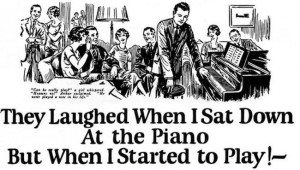 “My interest in advertising headlines dates back to the time when I was a cub copywriter and was not allowed to write headlines. Ev Grady the copy chief, would hand me a layout with the headline already lettered in. Below the headline was a blank space. ‘write copy to fill the space’, he would say.

Evidently I was not considered good enough to write headlines. I don’t know how you can impress a young man more forcibly than to imply that there is a task to which he is not equal. From that time on, I was determined that someday I would write headlines”

Seems pretty wild and silly to suggest that a poor headline could damage your brand, or even make you look stupid doesn’t it? Yet… today we have a brand new danger to headlines that didn’t exist in the 1940’s. In fact, one might say the early copywriters had a HUGE advantage over us! Hype wasn’t all that common back then. We were only one or two generations away from the cultural “dead serious” culture that exists in the UK. (To this day, the UK is strongly against all hype).

Today, we have these websites called “Viral Mills” that churn out gut wrenching, gossipy stories with strange images that we call “Click Bait”. You’ll know you’ve clicked on clickbait when you hit a site loaded with ads and weird images and a super short story or video lifted from some other website. They’re extremely low value, and extremely high eye candy. If you’re bored you can find yourself reading this stuff all day!
Great places to find headlines.. 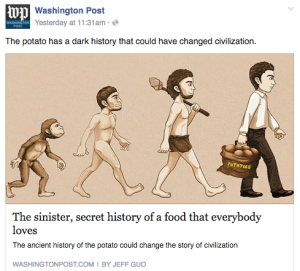 Let me get right to it. There isn’t a whole heck of a lot of people doing headlines (and the attached content) correctly. It’s just not very common. I read a LOT of content. I could call myself a content junkie and my wife would even agree. However, I’m continually inspired by the writers of headlines at the Washington Post. Before I dig into the why, let me provide some concrete examples of stuff that just blew my mind.

These aren’t earth shattering headlines are they? But they’re interesting, they’re believable and they’re strange/fascinating enough to grab your attention. That’s the magic sauce in 2016. It’s having enough clout to back your headline, be interesting… be fascinating without going over the edge. LOTS of their headlines are like this. If you’re at all questioning the power of these headlines, checkout the shares… most of these got HUNDREDS of shares and thousands of likes.

STOP! Before you write a DAMN word of a headline… 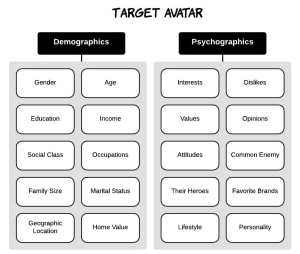 You have to consider WHO this content should appeal to. If you’re clients are the type that earn under 40k, never attended college or heck, barely finished high school and spend most of their time in front of the TV (bombarded by garbage)… Your headline research should start at the checkout stand… IE: Cosmopolitan, Weekly World News, People Magazine, National Enquirer etc.

If you’re ideal client is a highly intelligent scientist who might buy your special graphing calculator, then your headline research might start in the forums or groups of electronics majors. Perhaps it might start in Scientific American or Psychology Today…

You really should do some kind of ideal customer exercise to really get a 360 degree view of WHO they are before you start writing ANY kind of headline. The formula’s will NOT all work for everyone.

The Toughest ____ Question To Answer

Stuck and need help? Contact us for marketing coaching support. 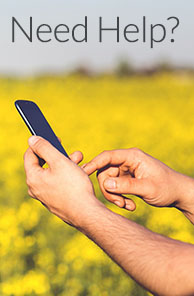 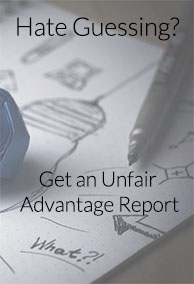